For the past ten years or so, I have been working on a long-term project, to save every champagne, prosecco and sparkling wine, cork capsule that we opened and make Xmas decorations out of them. I decided, for better or worse, that I would make a string of capsules hung all around the front verandah of our house.

In the first few years, when it was only a few feet long. I was able to take it down after the Summer Solstice holiday was over and put it away till next year, but as it grew longer year by year. I found that it was very easy to get all tangled up with itself. It became a tiresome job to un-tangle it each year and re-hang it. As we were adding to the length by about 4 feet or 1.5 metres a year. It soon became apparent that I should leave them up permanently. So it has become a fixture ever since. No-one sees it anymore, it’s become just part of the house.

So, I was very pleased today, to finally complete the bling-string by adding this years collection of sparkling wine capsules and found that it finally reached the other end of the verandah. 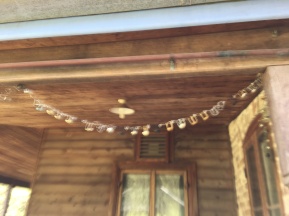 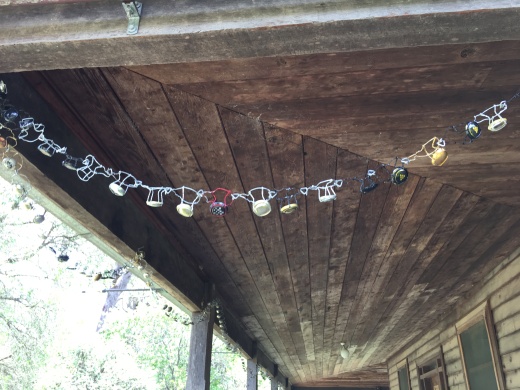 Now that I’ve completed this epic art installation. I think that i will start on there BBQ area. It could use a little bit of sparkle too!